Silverback Films is launching a new production company to focus solely on films that tackle the world’s pressing environmental challenges.

Studio Silverback will tell inspirational and powerful stories from humanity’s most important decade. From global landmark series to feature documentaries and special content for major world events, the studio will use the power of film to bring the compelling stories of our changing planet to a global audience.

Studio Silverback’s world-class environmental content will be made for a range of platforms including film and television, social media and online platforms, and major events and initiatives, to reach and influence a wide range of audiences.

The new company has already signed up its first two key projects:

Studio Silverback will be headed up by Jonnie Hughes, Colin Butfield, Keith Scholey and Alastair Fothergill. Scholey and Fothergill co-founded Silverback Films and will also be directors of Studio Silverback. Hughes has been a producer/director with Silverback Films since 2012 and most recently was the creative lead on the Our Planet‘Halo’ of productions that accompanied the landmark series. He was also a director and the producer of the phenomenally successful David Attenborough: A Life on Our Planet.

Studio Silverback’s executive director Colin Butfield is a former executive director at the international conservation charity WWF (the Worldwide Fund for Nature). He worked with Silverback to conceive and produce the ground-breaking series Our Planetfor Netflix, its accompanying digital Halo project and David Attenborough:A Life on Our Planet.

“Sir David Attenborough has said that saving the world is no longer a technological challenge – as we largely know what needs to be done – it is now a communication challenge. That is why Studio Silverback has been formed; to meet this challenge by making the world’s best environmental films and the first for a truly mass audience.

“Our world is going to change on an epic scale in the next 10 years. This provides both an incredibly rich seam of stories but also a moral imperative to tell them in the most creative ways possible. If we are to achieve our aim of driving real change, then we need to reach everyone from the world’s decision-makers, to families watching TV at home to global social media audiences. Our first two commissions give an early indication of the level and breadth of our ambition.”

Studio Silverback was born out of Silverback Films’ Our Planet collaboration with WWF and Netflix which demonstrated the potential to harness wildlife filmmaking to convey vital environmental messages.

“Film is an extraordinarily powerful communication tool and we’re delighted that Colin is joining us to help lead this new venture, as he has already completely transformed our ability to make an impact in support of the environment. His vision, drive and extraordinary network of influence will be crucial to achieving our ambitions for Studio Silverback, which is another exciting development for the team following the recent news of our partnership with All3Media, which is fully behind the creation of the new company.”

“We will be seeking out the best story-telling talent to join our team and are keen to look at a range of genres to get our message across, from documentary to drama and humour. The journey we must now take to a sustainable future is thestory of our times. There is not only an exciting opportunity, but a pressing need, to tell this story in as many captivating ways as possible, so that people across the world can make sense of the present crisis and catch sight of our path out of it. As Sir David himself has said, if enough people can see the path, we may just start down it in time.”

Silverback Films has already developed a strong track-record in reaching new audiences through environmental filmmaking, which will now be the focus of Studio Silverback. These include: HRH Prince William interviewing Sir David Attenborough at the World Economic Forum at Davos for Our Planet, with subsequent live events at the IMF and The World Bank; special films aimed at the world’s business and finance decision-makers; and social media films as part of the Haloproject with over 60 million views[i]. Sir David Attenborough’s A Life on Our PlanetInstagram profile conceived and run by Silverback and WWF reached 6 million followers and hundreds of millions of video views in just a few weeks.

Studio Silverback will be a sister company to Silverback Films, which will continue to focus on making world-class wildlife landmark series and features from its base in Bristol, the global centre of natural history filmmaking.

Silverback Films was acquired by All3Media, the international television, film and digital production and distribution group, in December 2020.

[i]The Our Planet “Halo” is a Silverback Films production of over 250 short films (from 60 seconds to 35 minutes), an interactive website and an educational programme created alongside Netflix’s series, Our Planet, with the aim of extending both the story and reach of the series.  Distributed between April 2019 and April 2020 via partners’ social media channels, www.ourplanet.com, educational packs and at organised events, the Halo added detail to the environmental topics mentioned in the series, demonstrated the solutions that are available to us for the problems we face, explained what viewers could do to reduce their footprint, and showcased an aspirational, sustainable future. As of the start of 2020, the Halo had 60 million known views and 300 million impressions. There have been screening events at Downing Street, Davos, IMF, WTO, the UN General Assembly and internally at over 300 businesses. The Halo education packs have been downloaded by over 60,000 teachers. Halo films have won several awards at leading film festivals and the entire project won two Webby awards, the ‘online Oscars’.  The films are being used by many to move the dial on environmental policy and communications, helping to make millions aware of biodiversity loss and reframing the discussion on sustainability.

Silverback is a world-leading producer of landmark natural history series and films for a range of major broadcasters and platforms including the BBC, Discovery, Netflix and Disney. The company’s mission – to produce cutting edge films of the highest quality and also to help raise awareness of the world’s environmental crisis – sets it apart from other natural history filmmakers. Founders and joint CEOs Alastair Fothergill and Keith Scholey have been at the forefront of the industry for 30 years and have assembled a world-leading creative team in their Bristol studios, the global heart of natural history production. The team has relationships with the world’s leading narrators, including a unique 30-year relationship with David Attenborough.Silverback and its founders have won all the industry’s top awards multiple times. The company is part of the All3Media Group, which acquired Silverback in December 2020. 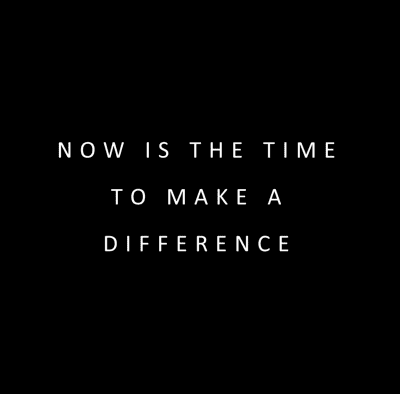