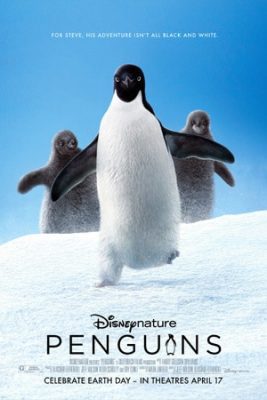 Steve, the Adélie penguin starring in our latest Disneynature movie “Penguins” has been released on screens across the United States. 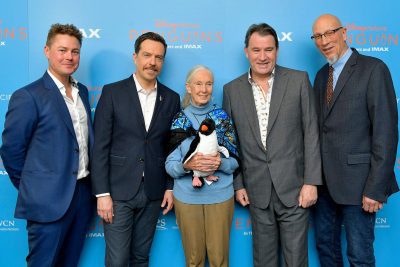 Directors Alastair Fothergill and Jeff Wilson attended the premiere in New York on April 14th 2019, hosted by The Cinema Society at the iconic AMC Lincoln Square Theatre. They were joined by Narrator Ed Helms and Disney Producer Roy Conli to watch Steve on the IMAX screen.

Dr Jane Goodall, Disneynature Ambassador, introduced the film and reminded the audience that movies like these help people to love nature and encourage more and more people to protect it and take action for the environment. She also commented on the extraordinary photography “it is out of this world, absolutely stunning” and how the cameras working at Penguin’s eye level brought the audience into their world and made orcas seem huge…

“Penguins” was released in 1815 theatres across the USA on April 17th and received wonderful reviews in the press (including a 91% “Rotten Tomatoes” score and high praise in Variety) showing that Steve and his family have won hearts all over the US.