Huw began his career at Partridge Films, one of the leading independent natural history film companies in the ’90s.  After three years with Partridge, he went on to work with Mike Birkhead Associates where he made two BBC Natural Worlds in the US.  In 1995 he joined the BBC Natural History Unit where he worked on long-running series such as Wildlife on One and Big Cat Diary, as well as some of the Unit’s biggest blue-chip landmark series including Land of the Tiger, Andes to Amazon, and Sir David Attenborough’s Life of Mammals.  In 2003, he became part of the Planet Earth team under Alastair Fothergill and produced three episodes for this hugely popular and multi-award-winning series.  Following Planet Earth, he was appointed Series Producer of South Pacific, a six-part landmark series for BBC2.  In 2009 he left the BBC to join Silverback Films where, under Keith Scholey, he was series producer on Discovery International’s Deadly Islands as well as North America, Discovery Channel’s first foray into fully-funded blue-chip natural history programming. He was also series producer on the award-winning The Hunt, a major blue-chip series for BBC1 that transmitted in 2015 and focused on the complex relationship between predator and prey. He produced the Jungles episode for Netflix’s first natural history series Our Planet which transmitted in April 2019. He also was the producer/director for Netflix’sDancing with the Birds, a one-off special about birds of paradise and bowerbirds which was released in October 2019. Recently, he was the series producer on A Perfect Planet, a blue-chip landmark series looking at Earth’s natural forces for BBC1 which transmitted in January 2021.  He was also the producer/director of the opening episode on Volcanoes. Currently, he is the series producer on another major landmark project for Netflix. 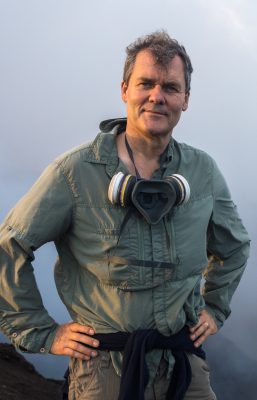