Alastair co-founded Silverback Films in 2012 after a long and highly acclaimed career at the BBC’s Natural History Unit. He has been at the forefront of natural history programming for over 30 years.

Alastair studied zoology at the University of Durham and made his first film, on the Okavango, while still a student. He joined the BBC Natural History Unit in 1983, working on a wide range of the department’s programmes, including the BAFTA award-winning ‘The Really Wild Show’, ‘Wildlife on One’, ‘The Natural World’ and the innovative ‘Reefwatch’. He went on to work on the BBC1 series ‘The Trials of Life’ with Sir David Attenborough, and produced ‘Life in the Freezer’, a six-part series for BBC1 celebrating the wildlife of the Antarctic, presented by Sir David Attenborough.  In 1992, while still working on this series, he was appointed Head of the BBC Natural History Unit.

Six years later Alastair stood down to concentrate on hands-on filmmaking. His BBC credits include:

In addition to his work with the BBC Natural History Unit, Alastair has co-directed feature-length, cinematic movies for Disney as part of their Disneynature label. These include ‘African Cats’ in 2011, and ‘Chimpanzee’ in 2012.

Alastair left the BBC in late 2012 to set up Silverback Films. He was the Executive Producer of a new landmark series for BBC 1, ‘The Hunt’, which looks at the dynamic relationships between predators and their prey, and Producer of a 3D Giant Screen version of the series, ‘Incredible Predators’. He is the Co-Director of Disneynature’s ‘Monkey Kingdom’ released in 2015, of ‘Penguin’ released in 2019 and co-directed ‘Polar Bear’ for Disneynature to be released in April 2022.  Alastair was a Series Producer for Netflix’s first landmark natural history series ‘Our Planet’, which was released globally in April 2019, a Director for ‘David Attenborough: A Life On our Planet’ released on Netflix in 2020 and an Executive Producer for the BBC One series ‘A Perfect Planet’ which aired in January 2021, as well as the Netflix feature ‘Breaking Boundaries’, released in June 2021.

Alastair is a Fellow of the Royal Geographic Society and was awarded their gold medal in 2012. He has honorary doctorates from the Universities of Bristol, Durham, York St John and Hull. In 2017 Alastair was the BBC Grierson Trustees’ Award winner and he was awarded the OBE in the Queen’s Birthday Honours List 2019 for his services to Film. 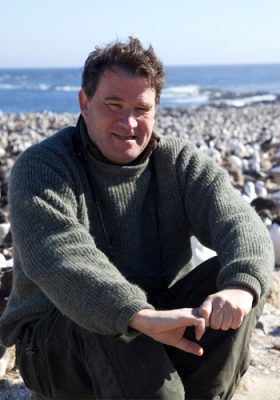