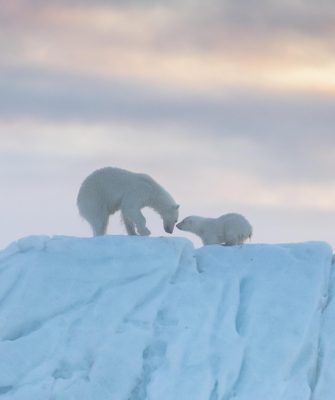 Every day is an adventure.

This could not be more true for the resilient stars of Silverback Films’ brand new feature, “Polar Bear”,  for Disneynature.

“Polar Bear” tells the story of a new mother whose memories of her youth on the ice prepare her to navigate motherhood in a constantly changing and challenging environment. As she and her cubs grow, these polar bears must learn the importance of hope, resilience, and family in order to survive.

Narrated by two-time Academy Award® nominee Catherine Keener and helmed by Silverback Film’s Alastair Fothergill and Jeff Wilson, “Polar Bear” is a powerful tale that bears witness to the fragility of the environment and the majesty of the wildlife we find there.

In honour of the film’s extraordinarily resilient stars, Disneynature have revealed that they will continue their longstanding commitment to caring for wildlife and their habitats by supporting Polar Bears International (PBI) in their efforts to help protect polar bear mothers, cubs and their Arctic home. Silverback Films and the “Polar Bear” team are immensely proud of this work, and are honoured to act as the voice for our animal heroes, especially at such a poignant time in our collective climate struggle.