Skip to content
News
DISNEY+ Launches in UK as Lockdown begins and our Films are released!

DISNEY+ Launches in UK as Lockdown begins and our Films are released!

Our two newest Disneynature films, “Elephant” and “Dolphin Reef”,  launched on Disney+ on the 3rd of April 2020. 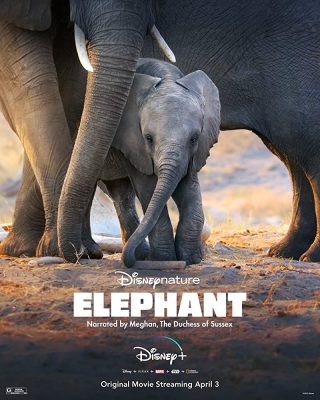 Disneynature’s Elephant follows African elephant Shani and her spirited son Jomo as their herd make an epic journey hundreds of miles across the vast Kalahari Desert. Led by their great matriarch, Gaia, the family faces brutal heat, dwindling resources and persistent predators, as they follow in their ancestors’ footsteps on a quest to reach a lush, green paradise.

Megan Markle narrates the Elephant movie, a relief for the Elephant team who no longer have to keep it a secret! 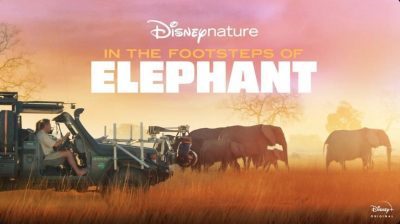 In the Footsteps of Elephant follows filmmakers as they capture the epic journey of African elephants across the Kalahari desert for Disneynature’s “Elephant”.  The team faces extreme weather, inaccessible terrain, crocodile-infested waters and close encounters with lions in order to shine a light on these remarkable creatures and their ancient migrations.

Disneynature’s “Dolphin Reef” tells the spectacular story of Echo, a young Pacific bottlenose dolphin who seems far more interested in exploring the coral reef, and its intriguing inhabitants, than learning to survive in it. 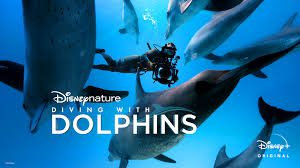 “Penguins: Life on the Edge” follows the witty and tenacious team of filmmakers behind Disneynature’s “Penguins”, a coming-of-age story about an Adélie penguin named Steve. To fulfil their mission, the elites cinematographers must brave the brutal Antarctic, pushing through temperatures of -40 degrees, hurricane strength wins and the overwhelming aroma of one million penguins.

-“Dolphin Reef” has just taken the top spot of Disney+ originals on Rotten Tomatoes Tomatometer  with a 100% score!  For anyone familiar with the Tomatometer this is an amazing number.

– And Penguin is rating 92%-an extraordinarily positive figure considering this movie has already been released in cinemas last year and clocked up more reviews in that time.