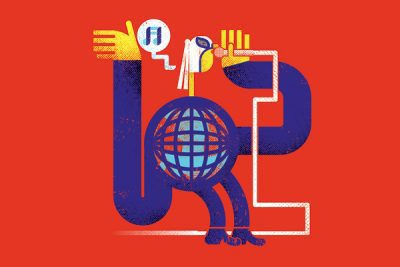 Silverback Films is proud to be featured in the Top 100 Global Production Companies in Realscreen magazine, the leading trade magazine in the US covering non-fiction TV.

Here’s what they had to say:

The entry of global streaming powerhouse Netflix into landmark natural history commissioning was met with more than a few raised eyebrows on the production and network commissioning fronts. That Netflix was keen to enter the space was not surprising, given the success of various acquired series such as Blue Planet II and Planet Earth on the platform.

What did provoke chatter was the choice of prodco and presenter for Our Planet, the service’s first foray into blue chip natural history: Silverback Films, the production company established by former BBC NHU heads Keith Scholey and Alastair Fothergill (the latter being the creator of the original Planet Earth and Blue Planet series); and Sir David Attenborough, presenter for practically any and every landmark natural history series since the dawn of time.

Controversy notwithstanding, the series — spanning 50 countries and four years in the making — was a typically breathtaking addition to Silverback’s roster, but beyond its sheer scope, it was also significant for its subject matter and tone. The eight-part series examined the world’s ecosystems through the lens of climate change and its impact, making for what The Atlantic called “a beautiful but uncomfortable” viewing experience.

“2020 will be a critical year for the planet and Silverback Films will be leading the way in explaining
the environmental challenges,” says Fothergill. “David Attenborough’s movie is a powerful polemic and A Perfect Planet, BBC1′s landmark series for the autumn, reveals how the forces of nature may be out of balance.” BW